Well...I think it's fair to say it's been a rather magical few days!

It all began on Friday, with my usual early morning, pre-work circuit of Grimsbury Res. It was a pretty cloudy and chilly one too, with a fair bit of north in the wind. On the surface, there didn't appear to be a great deal about, other than a few Common Sands. There were though, quite a decent drop of hirundines, with many gathering on the barbed wire of the perimeter fence - a classic sight on patch during gloomy spring days.

They seemed to take a liking to one particular stretch towards the NW end of the reservoir. A very distant scan with my bins, flagged up one particular bird amongst the tightly huddled hirundines on the fence. Though far away, it appeared to have a bit of orange on the side of it's face. I tried my best to get a photo and zooming in on the camera, it definitely looked REALLY interesting, but it was hard to be certain. Uh ohhh!

This would usually be the point (as is classic with Grimsbury) where a dog walker would obliviously wander along and spook all the birds from the fence! Today though, thankfully, I was in luck, with barely a sole in sight. I shot off briskly past the 'halfway bench' and then paused some 25 metres along the NW edge. Was it still there? Was it still there? Another look and yes it was. I quickly snapped a photo and zoomed in - my suspicion then changed to 100% certainty - f****** hell, RED-RUMPED SWALLOW!! 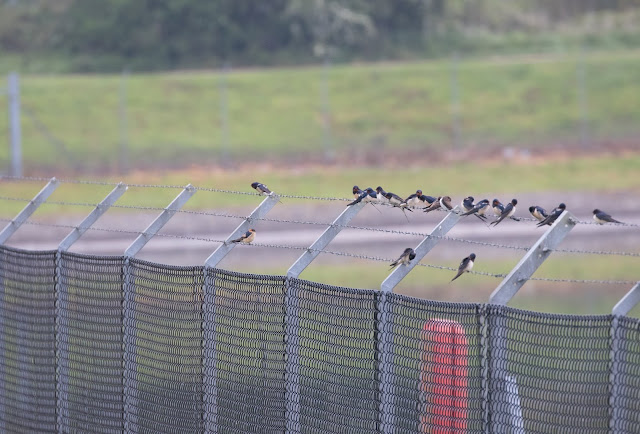 Gareth and I have always thought, with the decent amount of hirundines we get through the reservoir on passage, if we were going to get ourselves a decent rare at the dish, Red-Rumped Swallow was a feasible, if unlikely possibility. But to actually find one there was beyond exciting! I couldn't believe it! 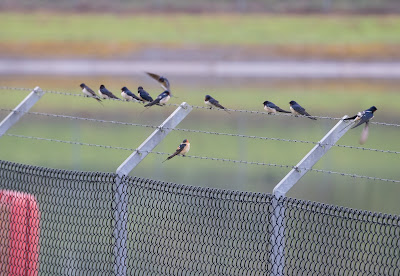 Obviously it's no 1st for Britain but for a small, humble inland patch like Grimsbury, this was hugely MEGA, so I'm not going to lie, I was shaking a bit as I quickly left Gareth a pretty funny, excitable voicemail (which he has since played back to me!). I then got the news out to all, via twitter, text, WhatsApp etc, trying my best to negate the adrenaline shakes as best I could! It soon flew off the fence and after losing it for a short while, I picked it up again, this time flying around in front of me among the hoards of Swallows, House & Sand Martins, with a few Swifts thrown in too.

The first few people soon arrived, including Gareth and thankfully all were onto it, if not immediately, then soon after. Disappointingly I then had to go to work, but I left on an understandably, bloody big high!! 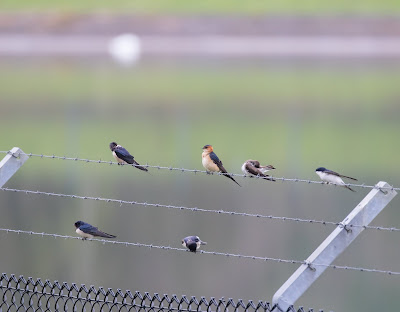 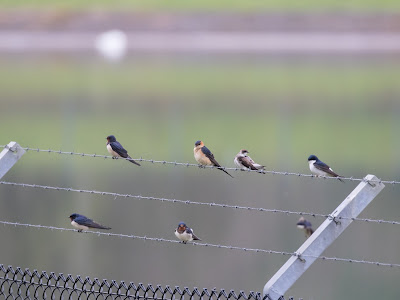 It apparently disappeared mid-morning as the cloud cleared and their food of flies went with it. There was however, every chance it was feeding up high and could reappear during the evening, with cloud and rain forecast. As it turned out, amazingly it did just that, finding it again perched up on the same bit of fence as earlier, under very dreary skies. This thankfully allowed more people to see it, once all the usual Friday work commitments were over! 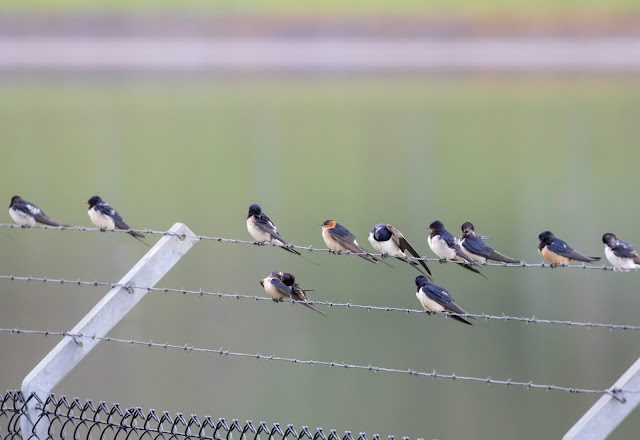 Just as surprising, was that it also lingered into the next day and Sunday too, presumably due to the cold northerly wind holding up the hirundines. I popped up both mornings for another look, together with a steady stream of other admirers from near and far. Grimbo has never seen so many birders - all a bit surreal but really cool! It was great to see a few familiar faces and to meet a few new ones too.

Unsurprisingly, the Swallow was a 1st for Grimsbury Res and just the 4th record for Oxfordshire. It took me a while to realise, but it was also my first in the UK - a self-found UK lifer, on the patch. It doesn't get much better than that! 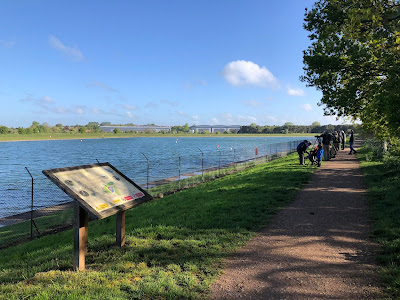 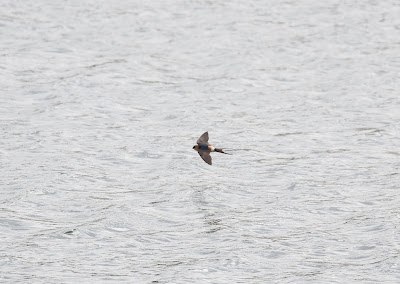 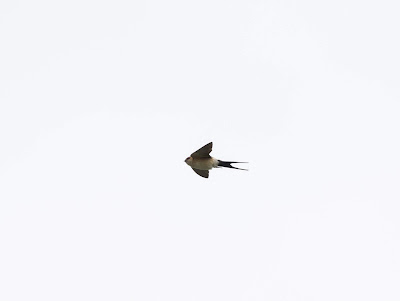 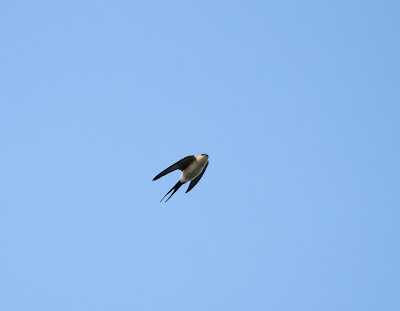 With all the excitement, a few other decent birds have gone almost unnoticed! On the Saturday, a lone Barnacle Goose appeared and hung about on and off. Almost certainly plastic but with no rings and free-flying - it's a welcome patch tick in my book! 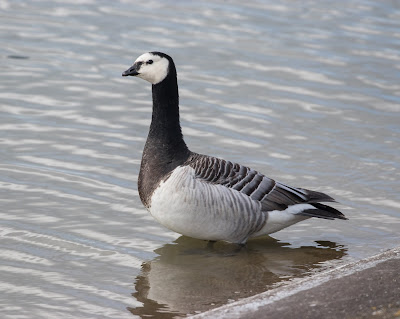 The Whooper Swan remains in the general vicinity of the nearby Borrow Pit - it showed super well on Wednesday 01/05. 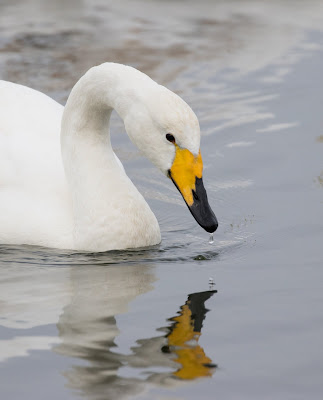 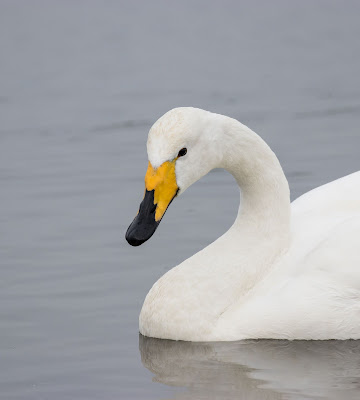 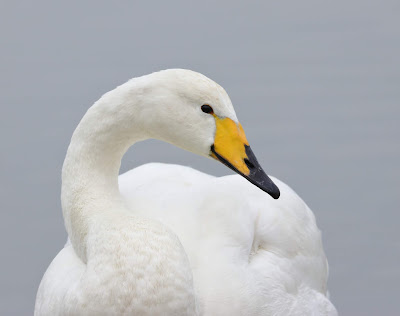 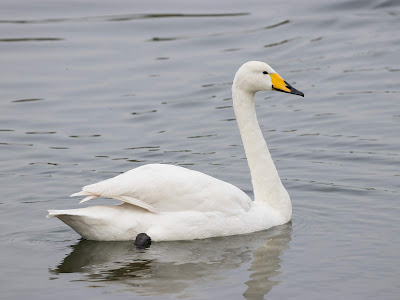 Also that evening, a Hobby gave a great show as it dropped out of the clouds hunting for hirundines. My first of the year. 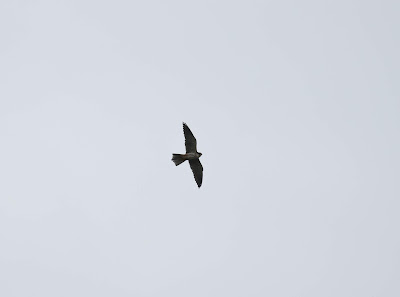 We're very lucky to have up to four Foxes on show every evening on the school playing field next to our garden - lured in by a nearby n... 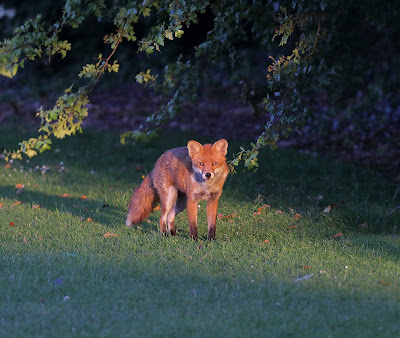